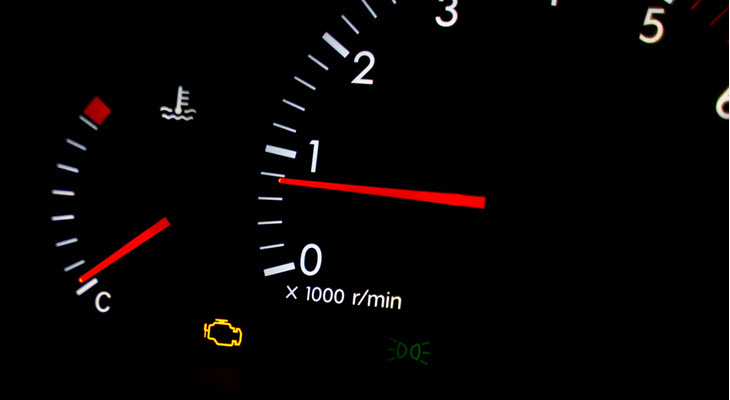 Symptoms of Engine Failure in Your Toyota

Engine failure is a quite common issue with many cars today. This especially includes your Toyota. As common as this issue is, it’s not one that any driver would look forward to facing with their car. This is why, as a Toyota owner, you should be aware of how your engine works, know how to detect an issue, and what kind of solution is needed. Let us further discuss the causes, signs, and solutions to an engine failure.

Generally, an engine failure in a car is due to poor or complete lack of maintenance of the car and its components. Failure to replace necessary car fluids like engine oil, water, and others leaves your car engine prone to failure.

To prevent the malfunction of your Toyota’s parts, especially the engine, you should give it adequate and timely maintenance according to the manufacturer-provided owner’s manual.

Signs of a Failing Engine in Your Toyota

It is normal for your car to dispense exhaust and even condensation through the exhaust pipe from time to time. But when the smoke that is being emitted by your car is thick and has colors like black, blue. or even white, it can be a sign of a failing engine.

The color of the smoke that your car emits is a result of the kind of problem it is suffering. These problems could be burning or heating of engine oil with fuel, improper fuel mix with other car fluids, gasoline in the combustion room, or even poor fuel supply.

Any of these could affect the overall function of the engine. So, when you notice dark smoke from your tailpipe, you should pay more deliberate attention to your Toyota, as it might be suffering an engine failure and need the assistance of a proper mechanic.

Your Toyota is built to not only carry you around but also has components to ensure you have a comfortable and smooth ride. When you start to notice a number of issues that distort your driving experience, it generally owes to an underlying issue in the covered car parts, and many times that includes the engine.

Some issues you might experience while driving are slow acceleration, broken plugs or pins, clogged air filters, etc. Being the nucleus of your car, when you notice any of these issues, check your engine.

Warning from the Check Engine Light

Your Toyota has a feature on its dashboard that will notify you when there is a problem in your engine. This feature is the check engine light. Your Toyota is built to self-diagnose malfunctioning issues in the engine or other car parts. It is able to achieve this with the sensors that are built into the system. Therefore, when anything goes wrong with the function of your car engine, the check engine light flashes on your dashboard.

An engine knock is a near-engine-failure situation that your car shows you when the engine fails or is about to fail. When some portion of the mixture of air and fuel in your car starts to get heated up without an ignition, your car suffers an engine knock. This can happen as a loud noise you hear once or at intervals, or a constant knocking sound from your car engine. When you notice this, it is time to service your car engine.

If after you turn off your ignition, you still hear your engine running, your car might be having an engine failure. This might be as a result of an over-active carburetor or failing solenoid.

How to Deal with an Engine Failure in Your Toyota

Although an engine failure is a common issue with Toyotas, it could be really delicate, and so require trained hands to first diagnose correctly so as to the root cause of the issue. At Mechanics Direct, we prioritize the satisfaction of our car users as we understand the value you place on your Toyota, and are ready and equipped with trained technicians to offer you premium service in caring for your car.

In the cities of North Chelmsford, Chelmsford, Dracut, Tyngsborough, Westford, Lowell, and MA, Toyota users trust in our services as we have proven over time to be your car’s caregiver. Call us today for help with your car problems.